Luckee became a stray when he was dropped by his original owners in the hills of Texas.  For Luckee, who was only three at the time, it was the beginning of a nightmare existence.  He was always afraid and he was sadly alone.  He looked for his family every day, and stayed in the same location in case they came back for him.  He found a spot with soft dirt and dug a small hole where he slept.  In his search for food, he found flowers, roots, tree bark and grasses mostly.  After a while, his fur began to fall out and his skin began to loosen.  Soon his tail looked more like a rat’s than a dog’s. 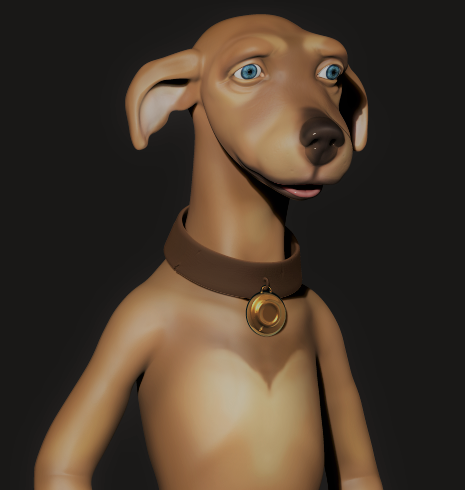 The expression on his face was always despairing.  Yet in his despair, he never harmed another creature or even caused a ruckus.  You see, Luckee was as gentle as a lamb.

Then one day, a lady saw him walking along the deserted road near his “hole.”  It was raining and he turned and looked at her hoping it was his family.  It wasn’t but the lady stopped the car and called for him to come.  Luckee, afraid, was hesitant and would not.  He left.  Two days passed and the lady again saw him.  She stopped and offered him food but he was afraid to come close… so afraid.  Three days later, it was the same scenario.  The lady stopped her car and offered food with a kind voice of encouragement.  She patted his head and tried to help him into the car.  He was very weak so Luckee decided to trust this nice lady.

The lady rushed him to the local vet.  He was in bad shape.  He was given shots and was brought to the lady’s home.  His skin was so loose, his fur was falling out and he could hardly walk on his blistered paws.  At the lady’s house, he was met by two other dogs that seemed happy to see him.  He was given food and water, pats on the head and a cool place to sleep.  Soon Luckee grew stronger.  His skin began to tighten, the fur started growing again down his tail and his paws grew tougher.

After a while, Luckee seemed always to wear a smile on his soulful face.  One day, upon going outside for a walk, one of the dogs took off running.  Luckee, without a thought, took a running start and flew off the front porch and ran like a deer with the other dog.  He was healed.  He had a home and he was always smiling.

Luckee seemed to know he had been rescued.  And he was grateful.  In order to give back and help others find a home, as many never do, he has dedicated his life to helping others find the happiness he now has. 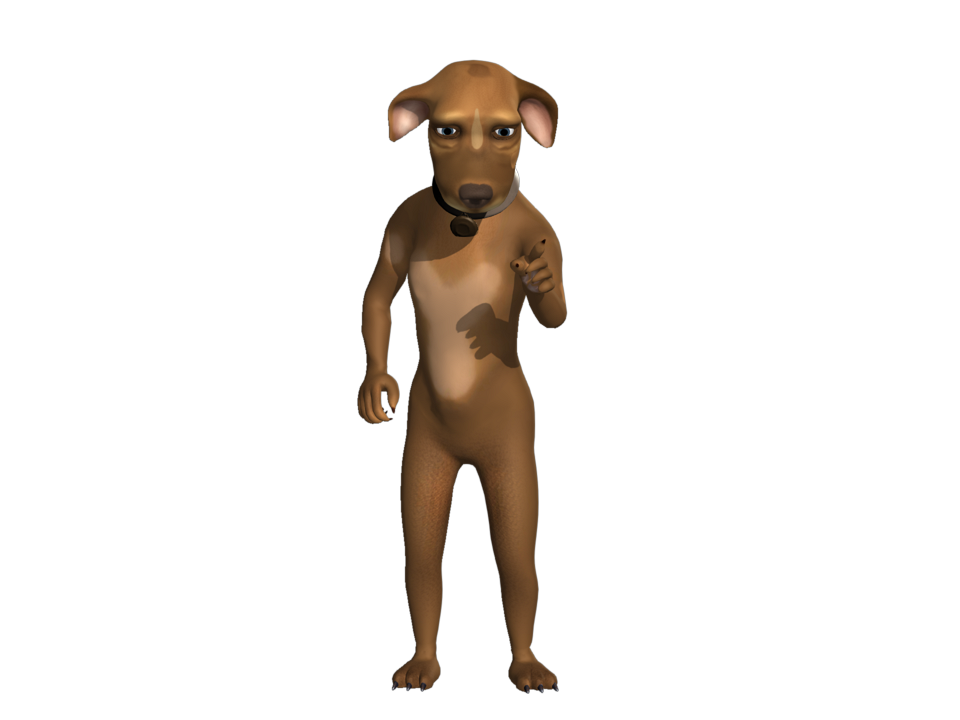 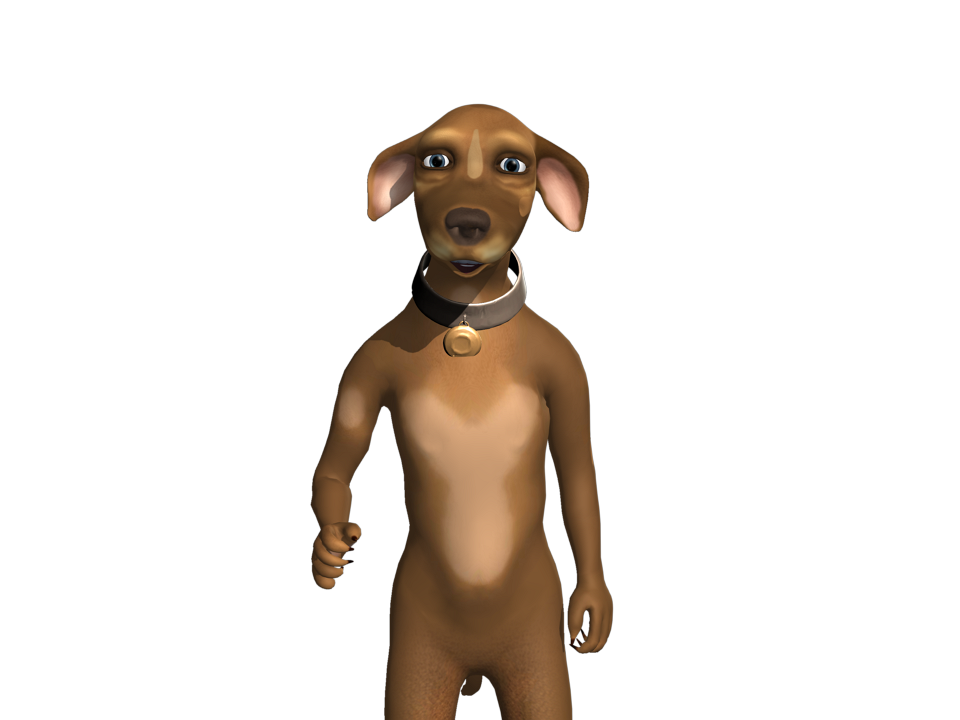 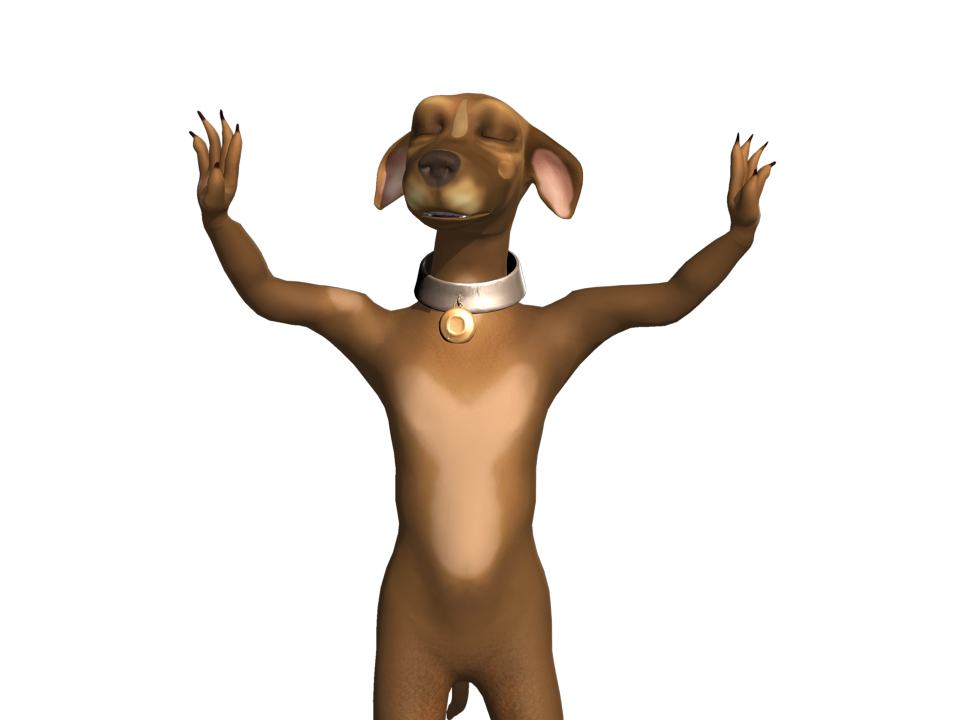 The Mission of SpokesDog is to promote dog issues and adoption through social media using an animated dog as an advocate.   Our vision is to see a day when all dogs have a home.  We believe the potential to do so exists.   Millions know the addition of a dog(s) have enriched their lives.  Dogs have proven to have an increasing affect on the health of individuals.  Many proven health benefits include helping to reduce blood pressure, relieve stress and even help with depression.

How to Achieve Our Mission

There are many organizations in agreement with our mission of increasing adoption and promoting positive dog issues.   We, as a 501(c)3 nonprofit,  support them and hope to join in the effort.   We hope to spread our mission using our spokesdog, Luckee Straye, as our advocate.  Luckee was created based on a real dog’s story from stray to transforming a family.  (See his story on this page.)  SpokesDog hopes through our “Luckee’s Friends” (See this section) program to spread our message throughout social media as an advocate for ways to enhance adoption and improvement in the lives of these incredible soulmates of mankind.

The SpokesDog website is the hub of our mission.  It is the home office so to speak.  The website is the origination of the current messages put forth on social media.   Messages we hope produces a motivation for more people to get involved with helping to increase adoption.  The website also includes links to adoption centers, links to dog information and issues, and links to inspirational stories about our canine friends.